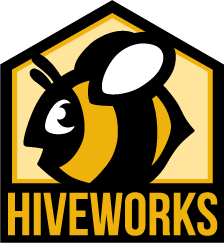 Hey, it’s been a while! I hope you’re doing well!

Where the heck have I been?! Well, I've been around! A lot happened! If you don't want to read the whole thing, scroll down to the bottom for the tl;dr

So, I sorta disappeared last spring. I'd Kickstarted Marshmallow Horns Volume 2 in Fall 2019 and was behind on production, so I wanted to focus on it and get MH out into the world. I took the summer and finished up Marshmallow Horns Volume 2! I completed the art on August 31st, spent a week editing, and sent it off to the printer on September 7th. I received the books on October 11th and finished fulfillment by Halloween. I was feeling pretty confident about everything (I still am, I really like MH Volume 2) and by late September, I started teasing a return of Anarchy Dreamers. I was working on a cast illustration with the word “January” graffiti’d on the wall above them, announcing the comic’s return in the new year. I took most of October off from creating comics so I could rest up and return to 2 or 3 day updates in the winter. All the while, an ad campaign I created art for was live in NYC and I had a huge Halloween project at work. In early November, I started working on Anarchy Dreamers pages, writing scripts, and rereading the comic. But unbeknownst to me, there was, well, stuff happening at home.

I found out my dad was going through tests the day before Thanksgiving. We found out he had cancer in the first week of December. Because of the holidays and COVID, we wouldn’t even have a treatment plan until the new year.

So, some people know this, some people don’t, but I created Anarchy Dreamers to cope with the sudden deaths of high school friends and explore the what-ifs. The terrible accidents and tragedies that befall young people who haven't had a chance to properly live yet. Mortality. How fragile life is. And I’ve used Anarchy Dreamers to deal with hard times as they’ve come at me. If you go back into the archive, in late 2017, I was mourning the sudden loss of my uncle. On top of mourning, it was one of the busiest times of my adult life, with a museum show opening and a calendar in production and conventions and classes and family things. I still managed to update at least weekly, though I think I took a week or two off somewhere in there. Honestly, it was a blur. Comics helped me put things into perspective and kept my mind from wandering. Kept my feet on the ground. When I first got the news of my dad’s diagnosis, I was absolutely sure I could keep up appearances and stay on track to return in January. But as November suddenly became New Years, I realized I couldn't do that. I had to put everything I could into my family. My family asked me to keep everything private, so I told no one outside of a small circle of close friends.

My dad is young, not even at retirement age. He’s a long distance cyclist and hobby photographer. He’s strong, physically and emotionally. By the time January rolled around and we finally got back all the test results, we learned that the cancer was caught unusually early. In just, like, the strangest twist of fate, my uncle who passed away in 2017 was a radiologist who specialized in the type of treatment my dad was undergoing. We had a wealth of information, an intimate understanding of what’s happening, a blessing. It seems so literary, so planned out by a writer just waiting for readers to get to the part of the story with the twist. Wild.

The winter was long, dark, and quiet. But filled with quiet hope. My dad finished treatment 2 weeks ago. He’s started riding again and is already up to 15 miles! I’m so proud of him. We’re all vaccinated and we’re planning on having a big outside BBQ with our family to celebrate. I’m cautiously optimistic, but things are starting to feel a little more grounded. After months of living in a void, I feel like I can start putting my efforts back into my creativity. At the same time, I also feel like I was hit by a truck.

All through this difficult period, I’ve been working on Anarchy Dreamers, mostly putting my efforts into planning and scripting. Looking back on a project I’ve worked on (in some form or another) for a decade has been really insightful. It really shows me how I've changed and matured. I’m not the same person I was when I started Anarchy Dreamers... I’m not the same person I was at the beginning of 2020. I’ve been an essential worker during a global pandemic, I’ve lost 3 family members, I watched my dad go through cancer treatment. Through all my planning and scripting, I’m looking at the best way to tell this story that is so close to my heart and leave an impact on people. And I’m really happy to say that I’ve (mostly) got it figured out.

After everything the last year has thrown at me, my family, my community, and the world around us, I’m tired. But I’m getting, like, less tired. I’m excited to work on Dreamers again, but not quite in the “right place” yet. It's coming, but it's not quite there yet. I’m going to start with finishing off another project-- Marshmallow Horns-- this summer. It's only MH only has about 40 pages left until it’s complete and that'll be a nice bookend on this... period.

So, I typed this up ahead of time and it's still a mess. LOL. It's a hard subject to collect my thoughts on. I've never been one to leave without explanation, but life comes at your fast. But the take away I want you to have from this is that I love you guys, I love this project, I'm still adjusting after a difficult time, and I'll be back.

In the meantime, you can keep up with me on social media. I'm very active on instagram (and hey, my account exploded during the pandemic, that's def been a light in the darkness of 2020-21) and twitter. Links are in the sidebar, but I'm @ree_emily on most platforms. Feel free to reach out and say hi! I love talking to people. I expect to post the new MH pages on my Patreon and then on my instagram a week or so later.